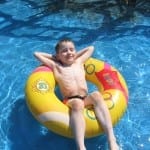 Everyone procrastinates, it doesn’t matter who you are. I’ll even make a confession — I am a procrastinator

The effects of procrastination don’t just lie within one aspect of our life; it spreads, kind of like a virus to other aspects and if you don’t control it, you’ll start doing it more and more.

Ultimately, you’re putting yourself into a situation where you have less time to complete your tasks. You are giving up that time to do something else as opposed to doing the task, so you’re robbing Peter to pay Paul. You are also creating unnecessary stress for yourself and others. This is something a lot of people don’t think about or understand, because many people (including myself at times) say they work best under pressure.

Well, we can debate that back and forth, but most studies that have been done on this subject have shown that people don’t work best under pressure. They work best when they have more time and are more relaxed and can think more clearly about the issue.

This extra stress from procrastination causes so many problems. It can cause you health issues because you’re procrastinating so much that you’re causing yourself to worry about the task that you didn’t complete yet.

This begs the question, why do we do it?

Here are reasons why people procrastinate…

1. It’s a perception that a task is unpleasant or overwhelming.

I think we’ve all experienced this at one point in our lives.

You don’t know what’s going to happen or what you’re going to encounter when taking on a particular task.

People tend not to want to change. I for one like change. There’s something about it that’s exciting and thrilling to me, but some people are set in their ways and don’t want to change.

If you can’t do it right, then don’t do it at all. At least, that’s what my father told me as a kid growing up. This is something that can be a hindrance. I think everyone should have a healthy amount of perfectionism, but if you have too much of it, you’ll put things off and start procrastinating because it can’t be done the way you wanted it done.

Get over it and move forward!

The first step with any issue you may have is to admit that you have a problem.

I know this sounds a bit cliché, but it’s true. You need to first admit that you are truly a procrastinator. In fact, I want you to stop right now and say, “I am a procrastinator.” If you can say that, you’re one step closer to getting over this issue.

The next step is to make a decision.

Be willing to do something about it starting right now — don’t put it off! You have to be serious about it, or you’re just wasting your time and won’t get any results from what little efforts you do make.

Once you recognize you have the problem and make the decision to take immediate action, you will be able to see when procrastination is creeping in and put it away and start moving towards the success you intend to have.

Stay tuned next week for part 2 of this series.