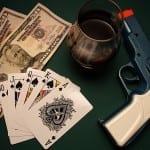 Lately, I’ve noticed something I call the Criminalization of Wealth as a read the online news and watch the news channels.

It seems they are looking at people who have a lot of money as the bad people. I think it’s due to things like the big banks and others that have ripped off many people in the way they do their business, and I understand that. But I was also looking at something someone said about Meg Whitman, who for the longest time was CEO of eBay, and looked into running as Governor in California.

When she did, I read that some of Meg’s favorite things were flying and high priced jets, hanging out with famous people and the article listed off things like that and I thought okay, why wouldn’t you want those things?

My point is that people in the news are criminalizing wealth, so if you have a lot of money they’re making it seem like a bad thing and therefore, demonstrating to the American public that you shouldn’t be wealthy because wealth is a bad thing. But that’s not true!

Wealth is not a bad thing. What you do with your money is what makes the difference. When my mother’s grandmother passed away back in 1996, I was just getting started in my business. My mom couldn’t afford to go back home to her own mother’s funeral in the Philippines. I was fortunate enough to be able to pay her way to get there.

When she got to the Philippines, she found out there wasn’t any money to pay for the funeral, so basically, my grandmother wasn’t going to have a funeral. Because of my financial situation, I was able to be able to pay for that.

My grandfather on my father’s side of the family passed away about five years ago and again, my family didn’t have enough money for the funeral. There was no insurance, but I was in a position where I could pay for it, and it wasn’t a big deal for me.

I know that’s not a great thing to talk about to do with your money, but I’ll tell you this. If it wasn’t for the Internet and being able to build a business and learning the things over the years that I did, I wouldn’t be in a position to help and I don’t know what type of funeral any of my grandparents would have had.

I don’t want to wear it as something on my sleeve stating I was in a position to pay for my grandparents’ funerals. But, at the same time, what that meant for my family and being able to do that for my parents, money can’t buy that.

It’s something you can’t put a price tag on. So when I see the news talking about this criminalization of wealth, it really gets me because what they’re doing is subtly and subconsciously telling people that wealth is a bad thing and wealth is not bad.

I’ve told a lot of people that wealth is like alcohol. With alcohol, if you were a jerk before you started drinking, then alcohol will only make you more of that, and it’s the same thing with money. If you were a bad person before you had money, then money will only make you more of a bad person. But if you were a good person, then you can be a fun, loving person and can do a lot of help to a lot of people all over the world if you use your newfound wealth properly.

I believe with great wealth also comes great responsibility. I feel obligated to pass on what I have learned to other people in the form of teaching, answering questions and showing them the knowledge I have. I do a lot of that, which I believe is a responsibility you have once you’ve figured out how things work. Take that advice as you will, but just remember people are bad, wealth is not. It’s what you do with the money that matters, always keep that in mind.