I was playing around with Google Trends and I had this cool idea. Let’s see if Google can predict the Iowa Caucus winner.

I entered in 5 candidates from each party. So I entered Ron Paul, Mit Romney, Rudy Giuliani, John McCain, and Mike Huckabee. Here’s the results for the Republicans first.

I set Google trends to only show me searches done in Iowa for the past year. 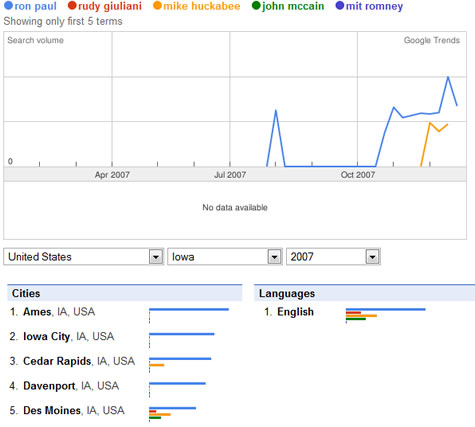 For the Democrats I entered in Hilary Clinton, Barack Obama, John Edwards, Joe Biden, and Dennis Kucinich. I just chose 5 people since that’s all I’m allowed. 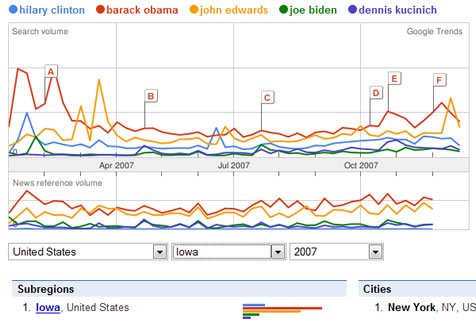 Strangely enough. None of the Democrats had enough searches in the last year in Iowa to give as accurate results. But we do have a number here.

Well tomorrow we’ll know how Google is at predicting elections.